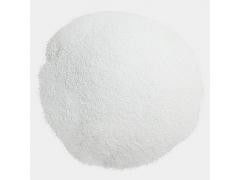 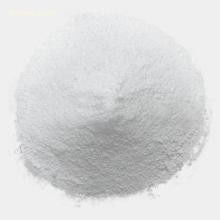 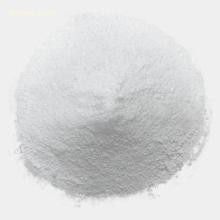 Sertraline hydrochloride is the hydrochloride form of the antidepressant sertraline (also known as Quyoujie, Yulefu, Zuoleguo). The pharmacological action is the same as sertraline. Sertraline hydrochloride is a selective 5 - serotonin reuptake inhibitor. Its mechanism of action is related to its inhibition of serotonin reuptake in central neurons. At clinical doses, sertraline blocks the uptake of serotonin by human platelets. Studies have shown that sertraline is a potent and selective neuronal serotonin reuptake inhibitor with only a modest effect on norepinephrine and dopamine. In vitro studies have shown that sertraline is responsible for adrenergic receptors (α1, α2, β), cholinergic receptors, GABA receptors, dopaminergic receptors, histamine receptors, and serotoninergic receptors (5- HT1A, 5-HT1B, 5-HT2) or benzodiazepine receptors have no apparent affinity. Antagonism of the above receptors is thought to be associated with sedative effects, anticholinergic effects and cardiotoxicity of other psychiatric medications. Long-term administration of sertraline to animals can down-regulate norepinephrine receptors in the brain, which is consistent with the role of other clinical antidepressants. Sertraline has no inhibitory effect on monoamine oxidase. This information was compiled by Xiaonan of ChemicalBook.

Sertraline is mainly metabolized by the liver and has a half-life of about 24 hours. The main metabolite in plasma is demethyl sertraline with a half-life of 62-104 hours. In vitro tests showed that its pharmacological activity was significantly lower than that of sertraline, which was about 1/20 of sertraline. There is no evidence that it is demethylated. Qulin has pharmacological activity in the depression model. Sertraline and demethylsertraline are mostly metabolized in the human body. The final metabolites were excreted in moderation from the feces and urine, with only a small amount of sertraline (<0.2%) being excreted from the urine as a prototype. The plasma concentration of sertraline varies proportionally with dose and is not affected by age. In males, sertraline is orally administered once daily for 50 to 200 mg, and after 14 days of continuous administration, the blood concentration of the human body reaches a peak (Cmax) for 4.5 to 8.4 hours. The pharmacokinetic curves of adolescents and the elderly were not significantly different from adults between 18 and 65 years of age. The average half-life of sertraline in young and elderly, male and female is 22 to 36 hours, consistent with terminal elimination half-life, once a day, reaching a steady-state concentration in one week, twice as much in the process. Accumulate. The plasma protein binding rate of sertraline was 98%. Animal experiments showed that the apparent distribution volume of sertraline was larger. Food had no significant effect on the bioavailability of sertraline tablets.

Genotoxicity: bacterial mutation test, mouse lymphoma mutation test, bone marrow and in vitro human lymphocyte genetic test results in mice showed that there was no genotoxicity in sertraline in the presence or absence of metabolic activation.

Reproductive toxicity: When the dose was 80 mg/kg (in terms of mg/m2, which is 4 times the maximum recommended dose of MRHD), one of the two rat experiments observed a decrease in fertility. Reproductive toxicity studies (up to 4 times the maximum recommended dose of humans in mg/m2) were performed on rats and rabbits at doses of 80 mg/(kg·d) and 40 mg/(kg·d), respectively. No teratogenic effects were observed at each test dose. Delayed ossification of the litter was observed in pregnant rats and rabbits when sertraline was administered at the organogenesis stage (10 mg/kg and 40 mg/kg, respectively, about 0.5 and 4 times the MRHD in mg/m2). Female rats were given sertraline in late pregnancy and lactation. The number of deaths in young rats born at the dose of 20 mg/kg and the first 4 days after birth increased, and the weight of young rats decreased in the first 4 days after birth. The rat has no effect dose of 10 mg/kg. The decrease in the survival rate of young rats is caused by the exposure of sertraline in the uterus. However, the clinical significance of these effects is unclear.

Carcinogenicity: The highest dose of 40 mg/(kg·d) was performed on CD-1 mice and Long-Evans rats (about 1 and 2 times, respectively, in mg/m2). At doses of 10 to 40 mg/(kg·d), dose-related hepatic adenomas increased in male mice, and no increase in hepatic adenomas was observed in female mice or rats treated with the same administration. No increase in hepatocellular carcinoma was observed. The spontaneous rate of liver adenomas in CD-1 mice is volatility, and the significance of this result to humans is still unclear. At 40 mg/(kg·d), female rats developed an increase in thyroid follicular adenomas without thyroid hyperplasia. Compared with the control group, the uterine adenoma increased in the 10-40 mg/(kg·d) administration group, but the correlation between the result and the drug was not clear.

Dependence: Animal studies have not shown the potential for excitatory effects or abuse of barbiturate (central inhibitors).

Sertraline is used to treat symptoms associated with depression, including depression with or without history of mania. After satisfactory results, continued use of sertraline can effectively prevent recurrence and recurrence of depression. Sertraline is also used to treat obsessive-compulsive disorder. After initial treatment, sertraline maintains its effectiveness, safety and tolerability during the two years of treatment of obsessive-compulsive disorder.

1. Sertraline should be carefully considered in combination with drugs that increase serotonin neurotransmission, such as tryptophan or fenfluramine, to avoid possible pharmacodynamic interactions.
2. There is no experience in the optimal timing of conversion of other serotonin reuptake inhibitors, antidepressants or antiobsessive drugs to sertraline. Care should be taken when switching treatments, especially long-acting drugs such as fluoxetine, and should be carefully evaluated and monitored. The washout period from conversion of a selective serotonin reuptake inhibitor to another drug has not been determined.