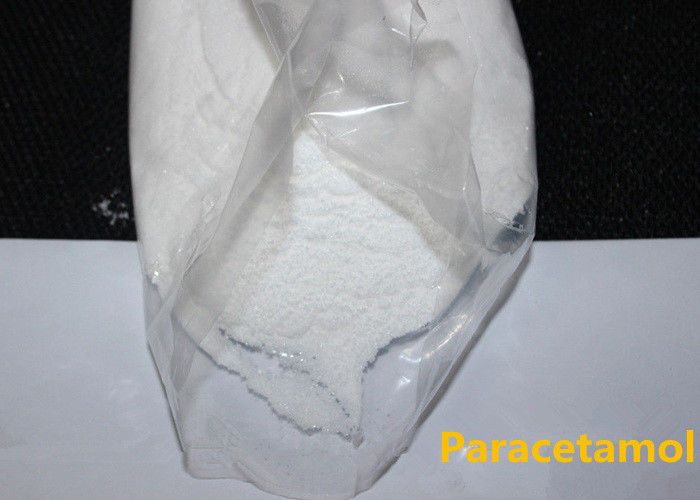 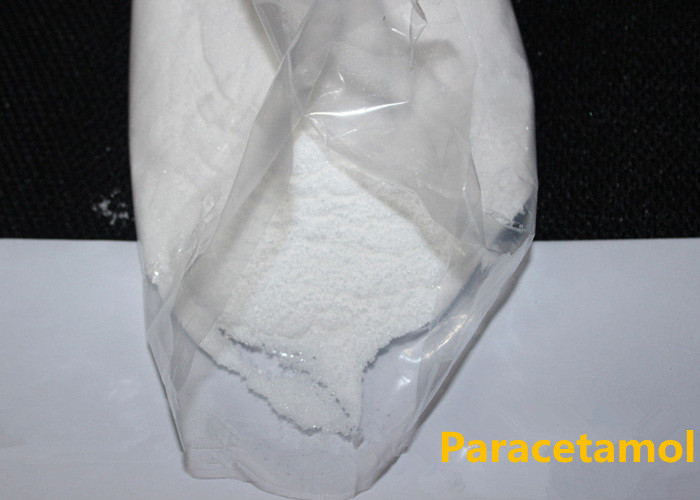 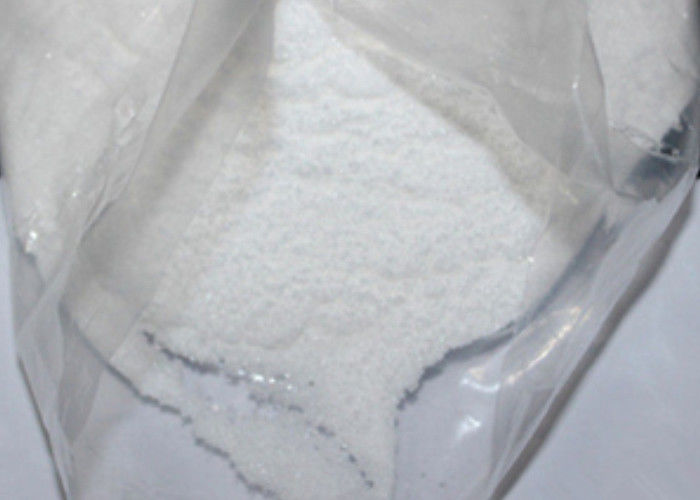 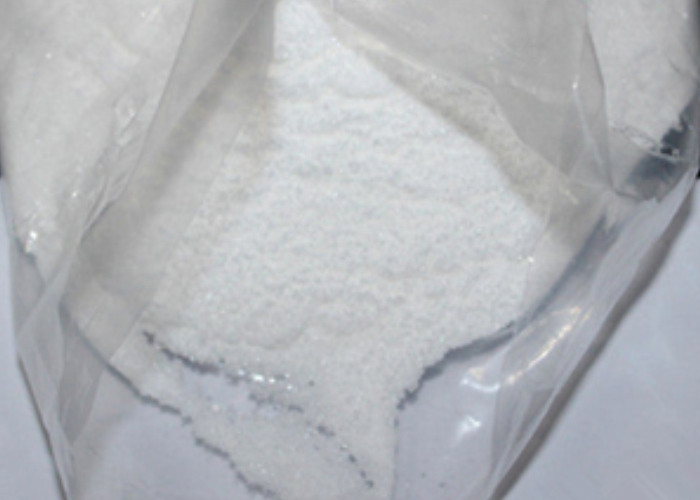 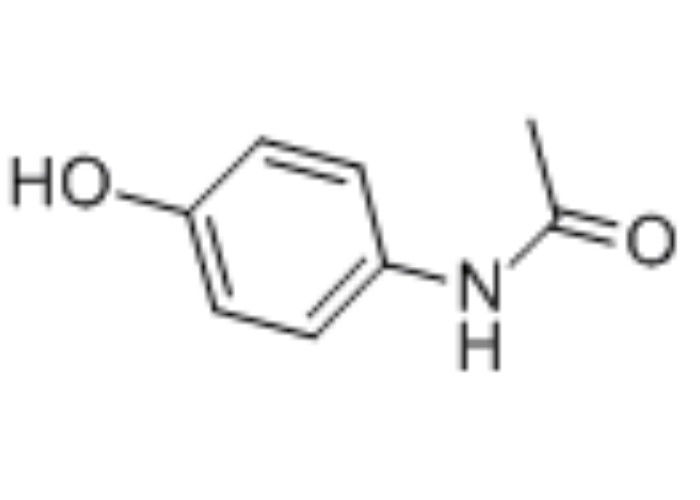 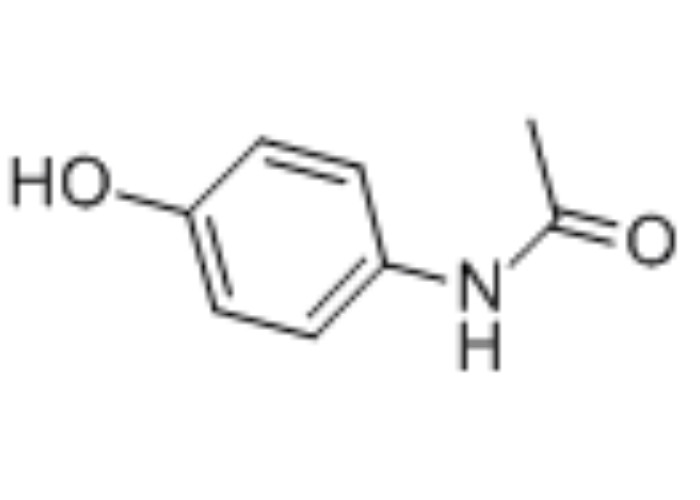 Paracetamol, also known as acetaminophen or APAP, is a medication used to treat pain and fever. It is typically used for mild to moderate pain. There is poor evidence for fever relief in children. It is often sold in combination with other ingredients such as in many cold medications. In combination with opioid pain medication, paracetamol is used for more severe pain such as cancer pain and after surgery.It is typically used either by mouth or rectally but is also available intravenously. Effects last between two and four hours.

Paracetamol is generally safe at recommended doses. Serious skin rashes may rarely occur. Too high a dose can result in liver failure. It appears to be safe during pregnancy and when breastfeeding. In those with liver disease, it may still be used, but lower doses should be taken. Paracetamol is classified as a mild analgesic. It does not have significant anti-inflammatory activity and how it works is not entirely clear.

It is suitable for relieving mild to moderate pain, such as fever caused by cold, headache, joint pain, neuralgia, migraine and dysmenorrhea. This product can only relieve symptoms, no anti-inflammatory effect or minimal, can not eliminate the redness, swelling and movement disorder caused by arthritis, so it can not be used to replace various types of arthritis with aspirin or other non-steroidal anti-inflammatory drugs. However, this product can be used in cases of aspirin allergies, intolerance or unsuitable for the application of aspirin, such as chickenpox, hemophilia and other patients with bleeding disorders (including cases of anticoagulant therapy), as well as peptic ulcer, gastritis and so on. When applying this product, other treatments must be applied at the same time to relieve the cause of pain or fever.

Paracetamol is a commonly used medicine that can help treat pain and reduce a high temperature (fever).

It's typically used to relieve mild or moderate pain, such as headaches, toothache or sprains, and reduce fevers caused by illnesses such as colds and flu.

Paracetamol is often recommended as one of the first treatments for pain, as it's safe for most people to take and side effects are rare.

Paracetamol was discovered in 1877.It is the most commonly used medication for pain and fever in both the United States and Europe. It is on the World Health Organization's List of Essential Medicines, the most effective and safe medicines needed in a health system.Paracetamol is available as a generic medication with trade names including Tylenol and Panadol among others.

Acetaminophen (USAN) or Paracetamol (INN) is a widely used analgesic and antipyretic drug that is used for the relief of fever, headaches, and other minor aches and pains. It is a major ingredient in numerous cold and flu medications and many prescription analgesics. It is extremely safe in standard doses, but because of its wide availability, deliberate or accidental overdoses are not uncommon.

Acetaminophen, unlike other common analgesics such as aspirin and ibuprofen, has no anti-inflammatory properties or effects on platelet function, and it is not a member of the class of drugs known as non-steroidal anti-inflammatory drugs or NSAIDs. At therapeutic doses acetaminophen does not irritate the lining of the stomach nor affect blood coagulation, kidney function, or the fetal ductus arteriosus (as NSAIDs can). Like NSAIDs and unlike opioid analgesics, acetaminophen does not cause euphoria or alter mood in any way. Acetaminophen and NSAIDs have the benefit of being completely free of problems with addiction, dependence, tolerance and withdrawal. Acetaminophen is used on its own or in combination with pseudoephedrine, dextromethorphan, chlorpheniramine, diphenhydramine, doxylamine, codeine, hydrocodone, or oxycodone.

Acetaminophen is thought to act primarily in the CNS, increasing the pain threshold by inhibiting both isoforms of cyclooxygenase, COX-1, COX-2, and COX-3 enzymes involved in prostaglandin (PG) synthesis. Unlike NSAIDs, acetaminophen does not inhibit cyclooxygenase in peripheral tissues and, thus, has no peripheral anti-inflammatory affects. While aspirin acts as an irreversible inhibitor of COX and directly blocks the enzyme's active site, studies have found that acetaminophen indirectly blocks COX, and that this blockade is ineffective in the presence of peroxides. This might explain why acetaminophen is effective in the central nervous system and in endothelial cells but not in platelets and immune cells which have high levels of peroxides.

Studies also report data suggesting that acetaminophen selectively blocks a variant of the COX enzyme that is different from the known variants COX-1 and COX-2. This enzyme is now referred to as COX-3. Its exact mechanism of action is still poorly understood, but future research may provide further insight into how it works. The antipyretic properties of acetaminophen are likely due to direct effects on the heat-regulating centres of the hypothalamus resulting in peripheral vasodilation, sweating and hence heat dissipation.

1. Adults are usually taken orally. Once 0.3-0.6g, once every 4 hours, or 4 times a day; the amount of one day should not exceed 2g, the course of treatment for fever is generally no more than 3 days, for analgesia should not exceed 10 days.

2. Children are usually taken orally. According to the weight of 10-15mg/kg each time or 1.5g/m2 per day of body surface area, once every 4-6 hours; children under 12 years old do not exceed 5 times every 24 hours, the treatment is no more than 5 days .

How to proceed an order?