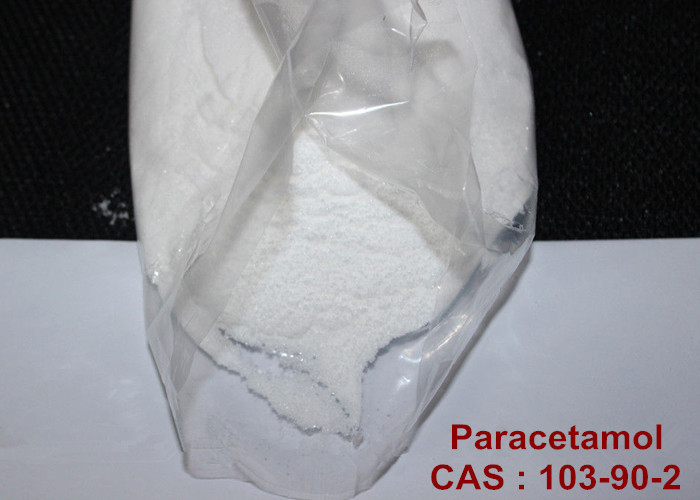 This product is acetanilide antipyretic analgesics. By inhibiting ring oxidase and

selectivity in the hypothalamus of the temperature regulating center, the synthesis of

its antipyretic effect similar to aspirin.

(fever reducer). Acetaminophen is the name adopted for this pharmacologic agent in the U. S.

(USAN) and Japan; Paracetamol is approved in a variety of international venues.

Paracetamol is classified as a mild analgesic. It is commonly used for the relief of

remedies. In combination with opioid analgesics, paracetamol can also be used in the

advanced cancer patients. Though paracetamol is used to treat inflammatory pain, it is not

generally classified as an NSAID because it exhibits only weak anti-inflammatory activity.

Paracetamol is approved for reducing fever in people of all ages.

Paracetamol is used for the relief of pains associated with many parts of the body. It has

analgesic properties comparable to those of aspirin, while its antiinflammatory effects are

weaker. It is better tolerated than aspirin in patients in whom excessive gastric acid

secretion or prolongation of bleeding time may be a concern.

kinds of essential amino acid of protein a, for the construction of protein has a very

followed divergent pathways with regard to their popularity as mild analgesic/antipyretic drugs.

Initially, paracetamol was discarded in favour of phenacetin because the latter drug was

supposedly less toxic. Today the opposite is true, and paracetamol, along with aspirin, has

become one of the two most popular 'over-the-counter' non-narcotic analgesic agents. This

virtual commercial demise of phenacetin because of its role, albeit somewhat circumstantial, in

suitable for treating mild to moderate pain, and their actions are broadly comparable with those

of aspirin and related salicylates, although they do not appear to possess significant anti-

inflammatory activity. Since a major portion of a dose of phenacetin is rapidly metabolised to

paracetamol, it seems possible that phenacetin owes some of its therapeutic activity to its main

metabolite, paracetamol, whereas its most troublesome side effect (methaemoglobinaemia) is

due to another metabolite, p-phenetidine. The mechanism of action of paracetamol is poorly

defined, although it has been speculated that it may selectively inhibit prostaglandin production in

the central nervous system, which would account for its analgesic/antipyretic properties. The lack

inflammatory activity. At therapeutic doses paracetamol is well tolerated and produces fewer side

effects than aspirin. The most frequently reported adverse effect associated with paracetamol is

hepatotoxicity, which occurs after acute overdosage (usually doses greater than 10 to 15g are

needed) and, very rarely, during long term treatment with doses at the higher levels of the

therapeutic range. Paracetamol damages the liver through the formation of a highly reactive

metabolite which is normally inactivated by conjugation with glutathione. Overdoses of

which covalently binds with vital cell elements and can result in liver necrosis. Glutathione

paracetamol overdose, as long as treatment is initiated within 10 hours.