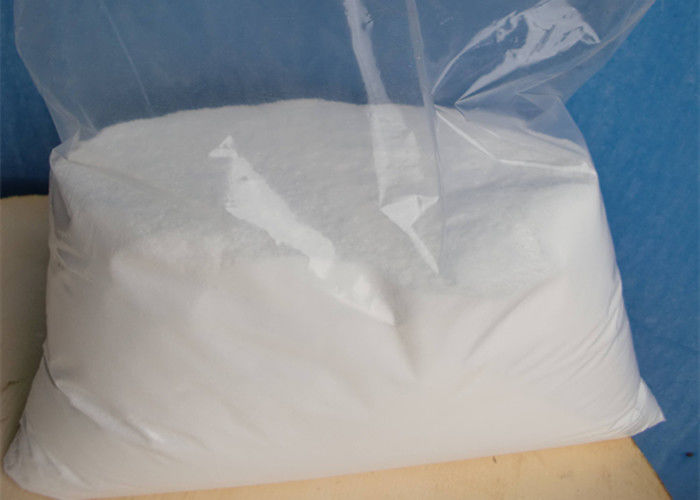 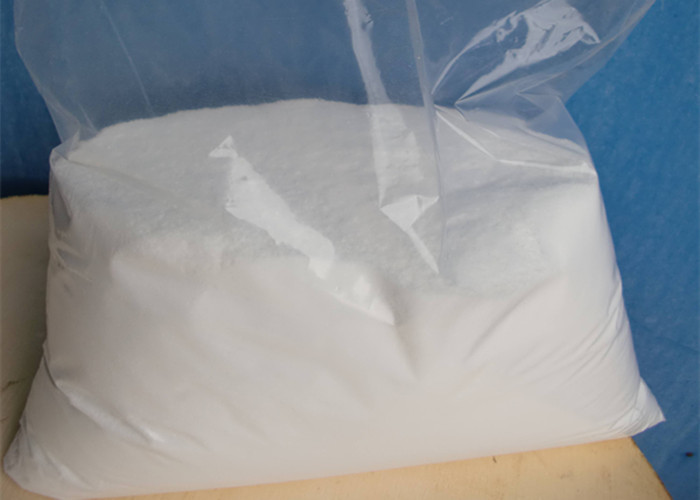 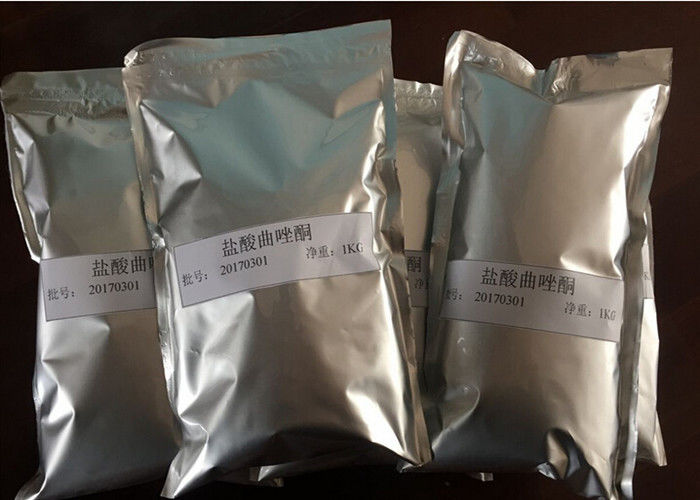 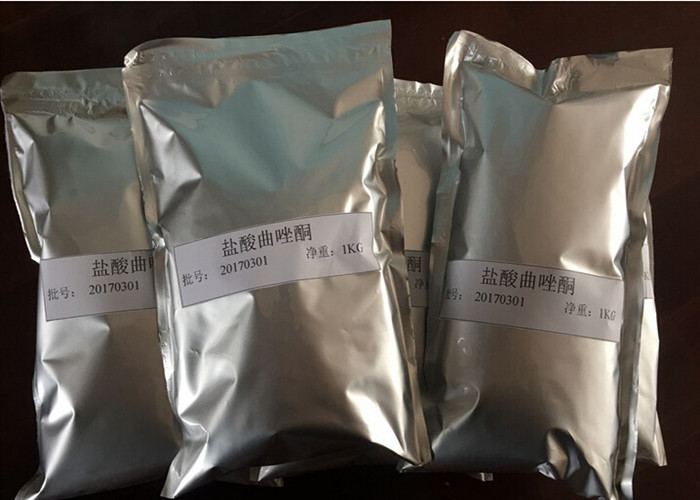 Trazodone hydrochloride is indicated for the treatment of depression. The efficacy of trazodone hydrochloride has been demonstrated in both inpatient and outpatient settings and for depressed patients with and without prominent anxiety. The depressive illness of patients studied corresponds to the Major Depressive Episode criteria of the American Psychiatric Association's Diagnostic and Statistical Manual, III1.

Major Depressive Episode implies a prominent and relatively persistent (nearly every day for at least two weeks) depressed or dysphoric mood that usually interferes with daily functioning, and includes at least four of the following eight symptoms: change in appetite, change in sleep, psychomotor agitation or retardation, loss of interest in usual activities or decrease in sexual drive, increased fatigability, feelings of guilt or worthlessness, slowed thinking or impaired concentration, and suicidal ideation or attempts.

Trazodone Hydrochloride belongs to the hydrochloride salt form of trazodone with antidepressant and sedative activities, which is primarily used in the treatment of major depression. It serves as a serotonin uptake inhibitor that is effective for patients suffering from major depressive disorders and other subsets of depressive disorders, which is especially helpful for geriatric patients with severe agitation and certain depressive disorders associated with insomnia and anxiety since it has proved that trazodone also has anti-anxiety (anxiolytic) and sleep-inducing (hypnotic) effects.

Besides, it is often prescribed as a sedative that is used for the treatment of panic attacks, aggressive behavior, agoraphobia, and cocaine withdrawal in combination with other drugs. Trazodone Hydrochloride is an oral drug that functions by affecting the balance of chemicals (neurotransmitters) within the brain that nerves use to communicate with (stimulate) each other.

1. Labelled Duloxetine, which is used as an antidepressant. A dual serotonin and norepinephrine reuptake inhibitor (SNRI).

The primary use of trazodone is the treatment of major depression. Data from open and double-blind trials suggest the antidepressant efficacy of trazodone is comparable to that of amitriptyline, doxepin, and mianserin. Also, trazodone showed anxiolytic properties, low cardiotoxicity, and relatively mild side effects. Because trazodone has minimal anticholinergic activity, it was especially welcomed as a treatment for geriatric patients with depression when it first became available. Three double-blind studies reported trazodone has antidepressant efficacy similar to that of other antidepressants in geriatric patients.

However, a side effect of trazodone, orthostatic hypotension, which may cause dizziness and increase the risk of falling, can have devastating consequences for elderly patients; thus, this side effect, along with sedation, often makes trazodone less acceptable for this population, compared with newer compounds that share its lack of anticholinergic activity but not the rest of its side-effect profile. Still, trazodone is often helpful for geriatric patients with depression who have severe agitation and insomnia.

Trazodone has also been reported to have antianxiety properties. In a randomized, double-blind, placebo-controlled trial, the anxiolytic efficacy of trazodone was comparable to that of diazepam in weeks 3-8 of treatment for generalized anxiety disorder, although patients treated with diazepam had greater improvement during the first 2 weeks of treatment. Early case reports had indicated that trazodone is associated with improvement in obsessive-compulsive disorder, but a double-blind, placebo-controlled study found that trazodone lacked antiobsessional effects. Many clinicians use low-dose trazodone as an alternative to benzodiazepines for the treatment of insomnia.

Are the following questions is also what you are thinking about?

Question 1 , How do you pack the order ?
Discreet package , the packing suits you best would be choosen to pass through customs safely

Question 2, What are your shipping methods ?
Shipping by express (EMS,HKEMS,FedEx,UPS,DHL,TNT), and cheapest by airmail(HKPOST )

Question 3, if my order seized by custom ,what do you do ?
Resending police if the tracking number do not update online or it sezied by custom

Question 6, How many times will it take to my country after I do the payment ?
In general ,fastest with 3-5 business , slowest 5-7 business days